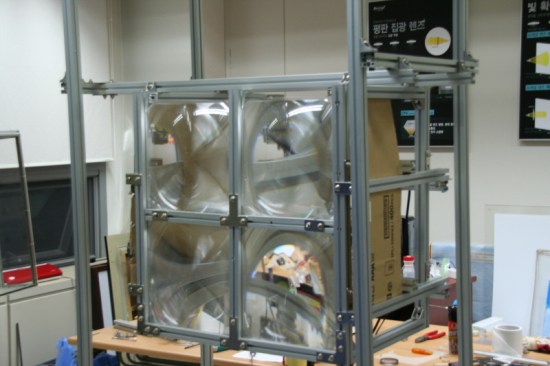 In this time, let me show you a lighting module equipment for inspecting flaw before shipping large glass substrates.

We have a lot of experience which developed and manufactured beam projectors like Sayview, Ecoview etc in the past.

The core of this work was adjusting uniformity.

When receiving an offer from the company, I initially think it would be not difficult because I have many experience dealing with lenses and front surface mirror.

However, I got to know how difficult it to make 85% uniformity in this extent area while conducting basic research prior to production. 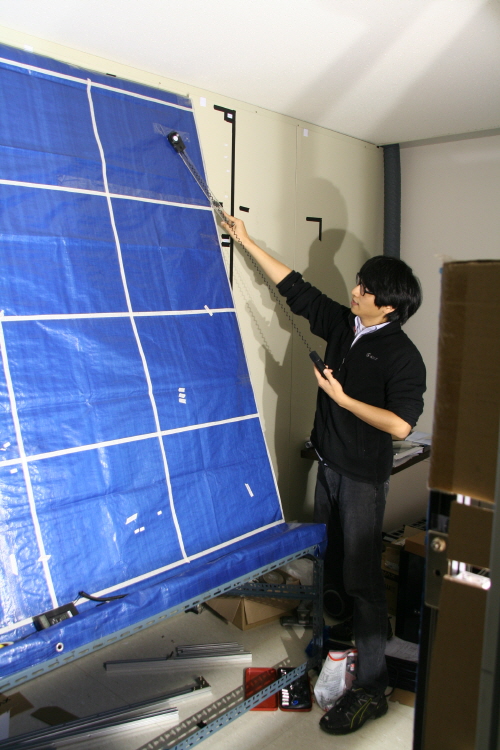 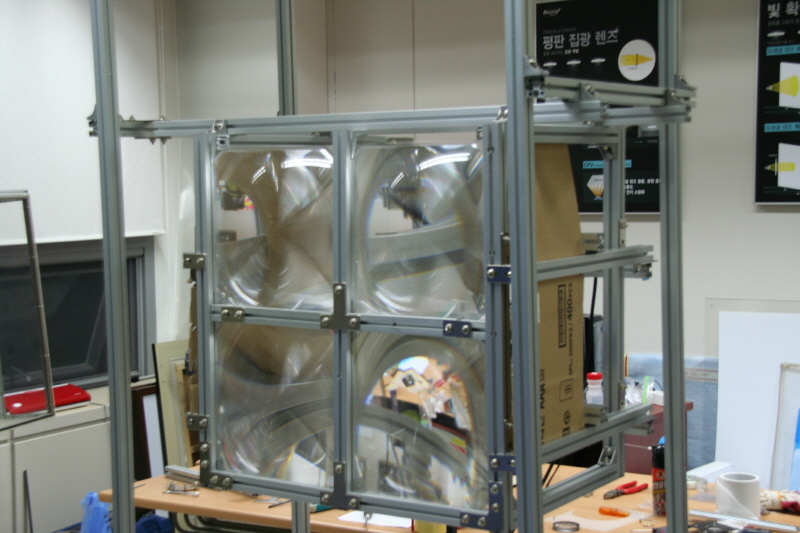 The first prototype was produced using Fresnel lenses. I used lense to solve a problem that field was tilted about 15 degrees. 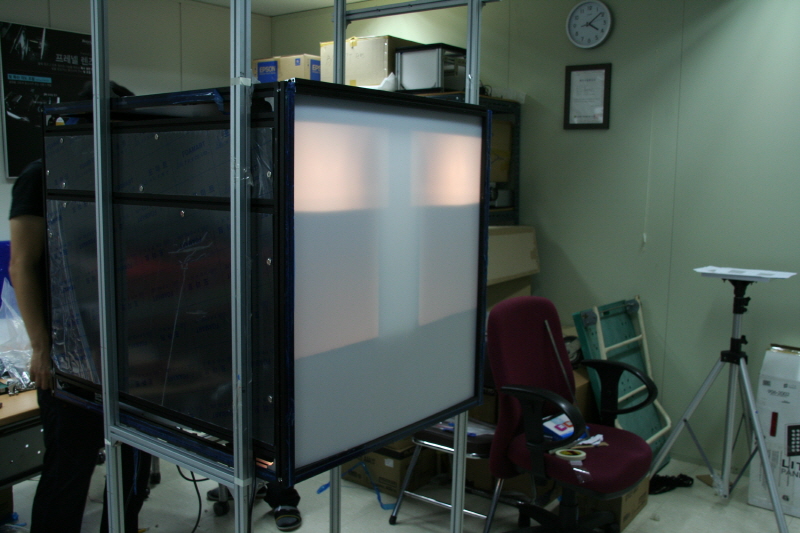 I used a diffuser to increase uniformity.

I used two diffusers, transmissivity of first one is 85% and another is 90%, which developed by us. 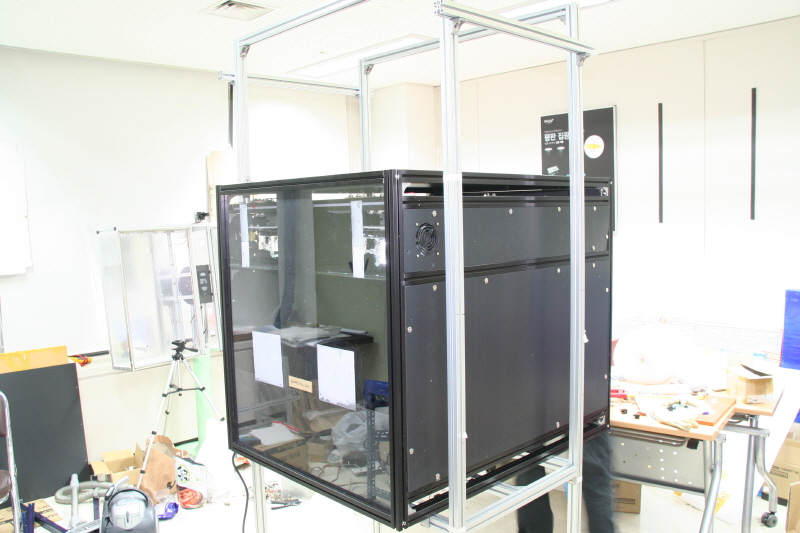 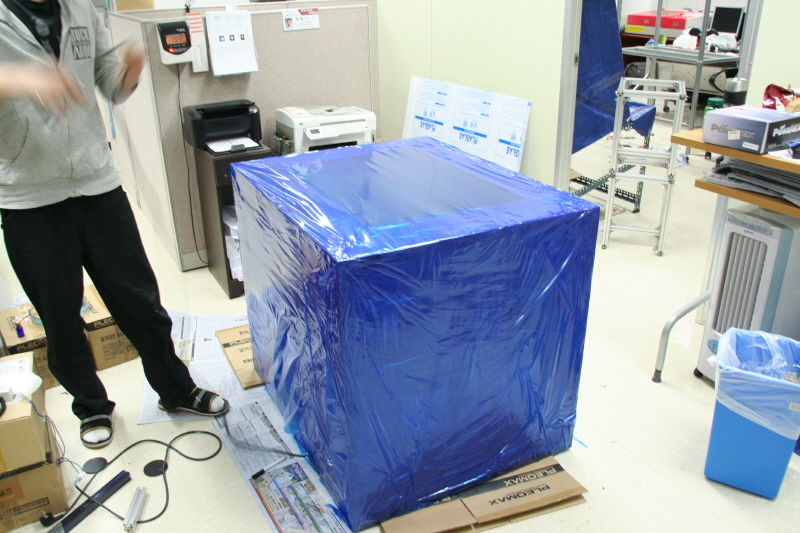 It nearly took a month to produce it. It was not easy, but worthwhile.