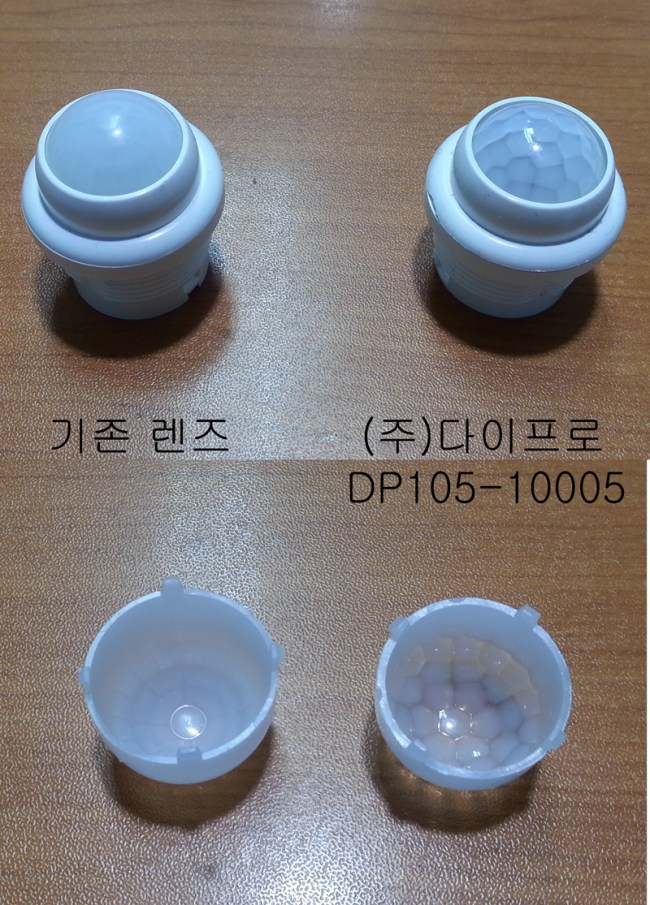 It is the picture that shows you motion detection sensor applied LED lighting that was provided as samples to K Co. PIR sensor was originally used a lot for on / off using the motion detecting from the past.

The common example is a round device that is light on the front door. 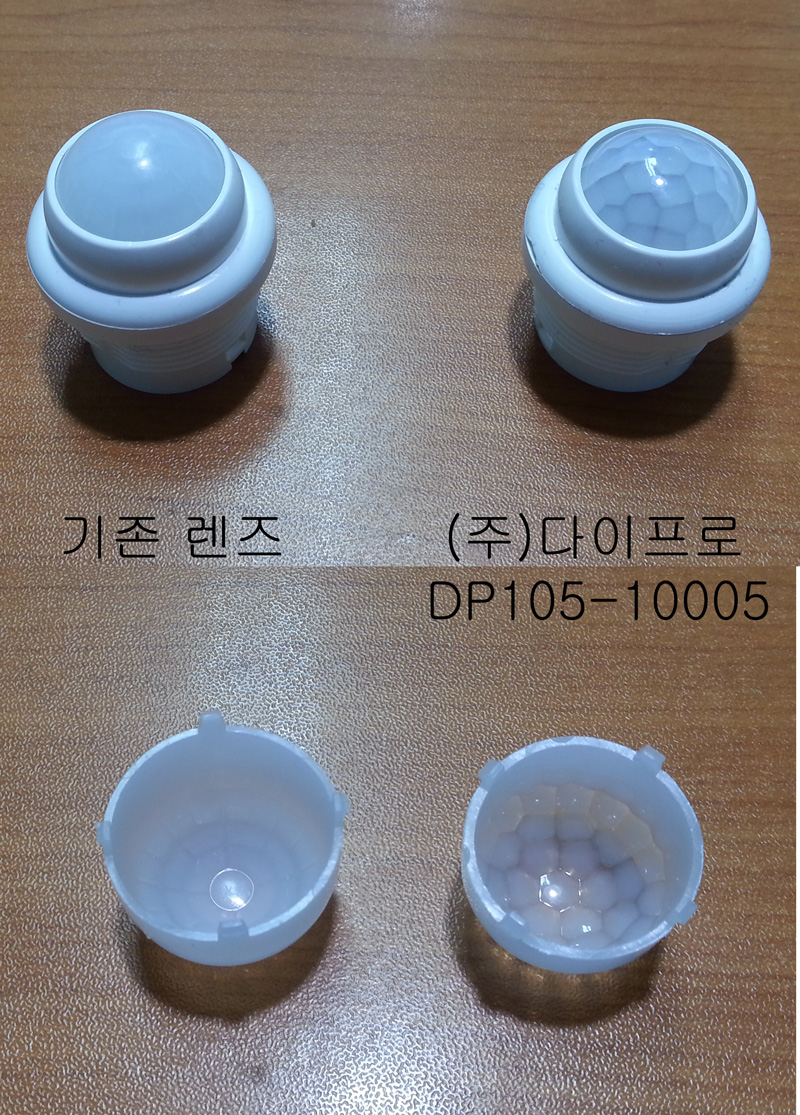 Looking at the left in the photos, you can see translucent lens areas.

This is the motion sensor. K corporation continued to produce the auto on-off using PIR sensor from the past.

Because the lens that they used was poor, they were looking for better lens and find our DP105-10005.

Fortunately, it was right to the existing extrusions size, so not necessary to be transformed much.

You can see the more transparent lens pattern.