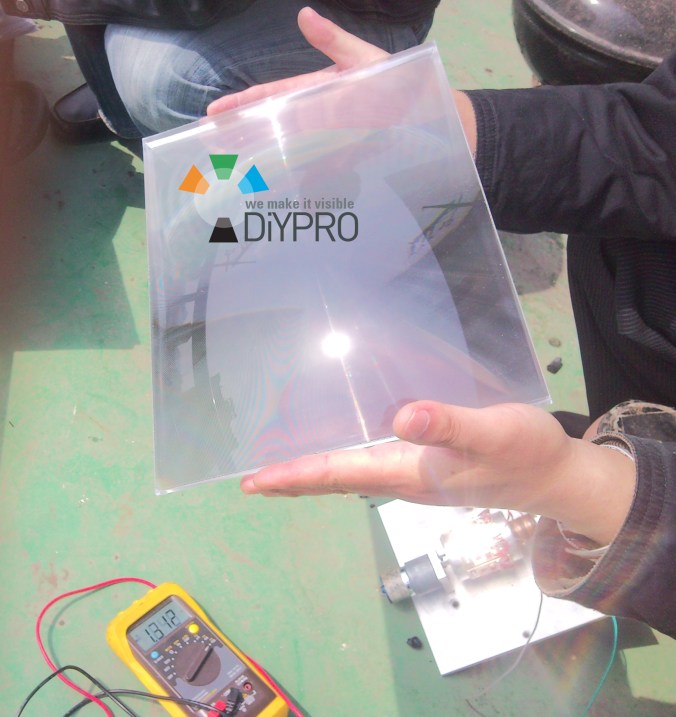 The result of exchanging with small business in Daegu finally appears.

We were developing the solar power system of new concept, and the model that is able to be directly tested was produced.

We applied our fresnel lens, and increased the condensing rate per cell innovatively.

Of course, a problem would not occur because it is specially developed for treating great heat as condensing in this case of high efficient condensing.

The photo below shows you that DIYPRo's Myung Joong Kim and developer were testing to develop the best lens. As the result of this test, we decided to use F=90 and F=140 that produced and are commercially available. 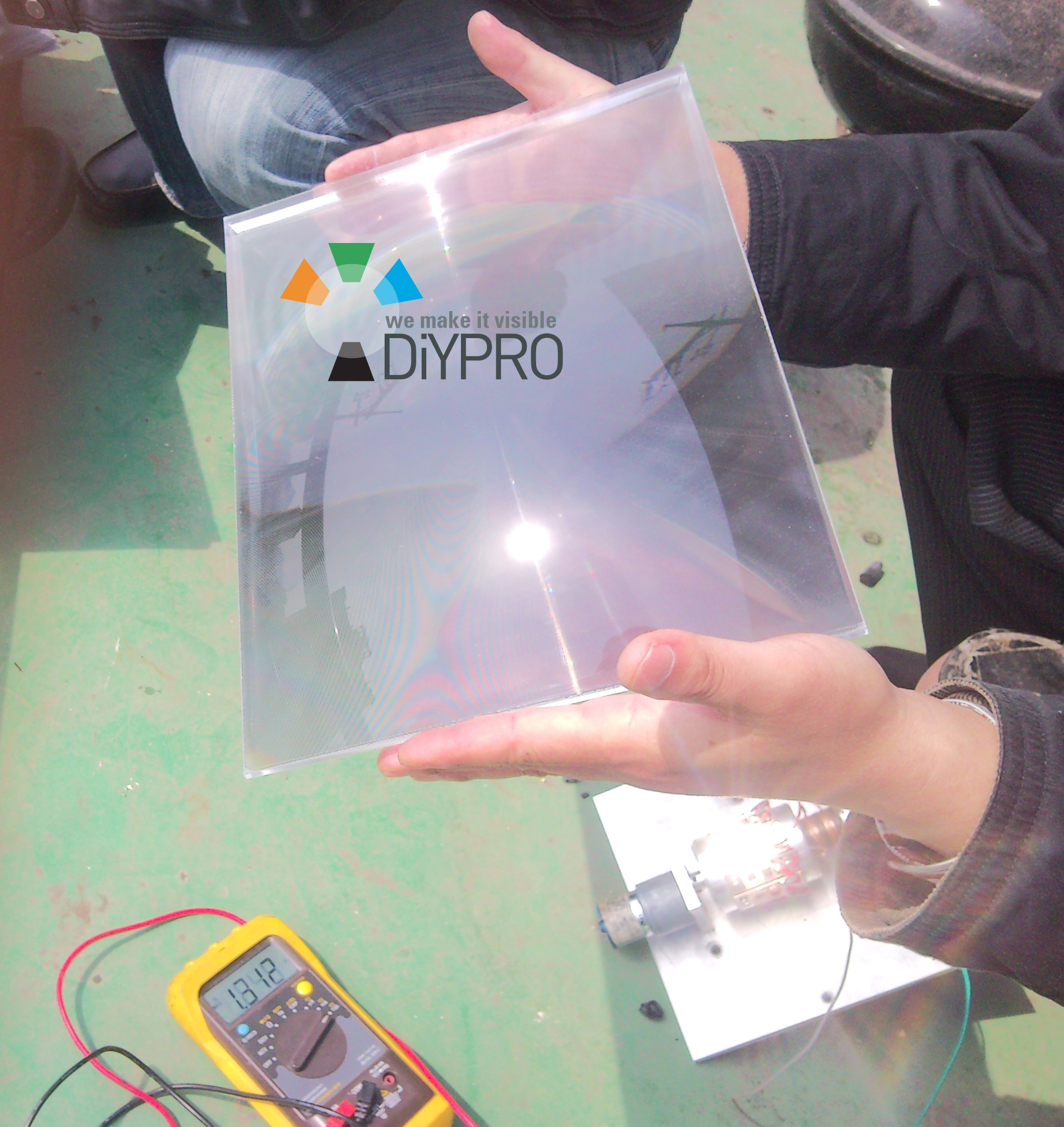